What is Polish Dance? 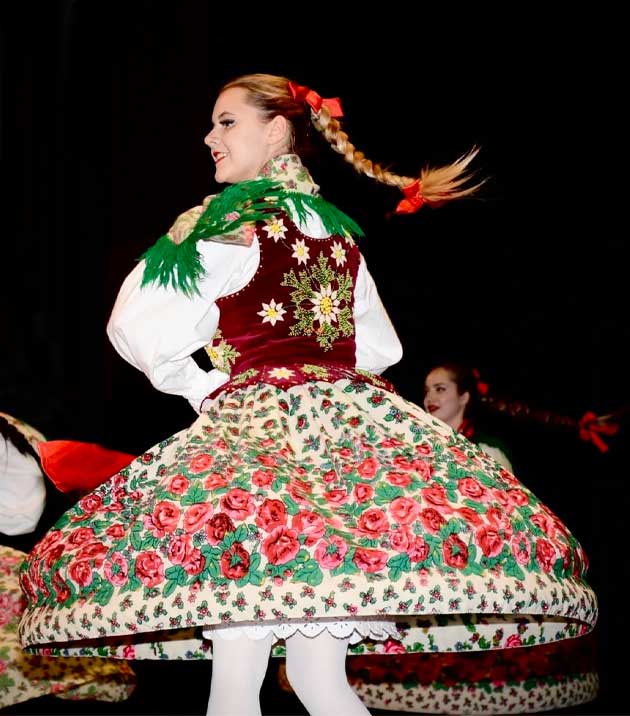 What is Polish Dance?

Polish Folk Dances relate to the customs, lifestyles, traditions, historical events, and beliefs of the Polish people, while encapsulating the diversity, beauty, pride and richness through dance and songs. Though all Polish Dance is rooted in humble regional beginnings, many dances have been stylized and incorporate flavors of formal ballroom and ballet elements.

Polish Dance is comprised of folk dances originating from the varying regions and towns throughout Poland, as well as of Poland’s five national dances: the Krakowiak, Polonaise, Mazur, Kujawiak and the Oberek. These dances have been classified as National due to their nation-wide exposure, as they are performed in almost every region of Poland. 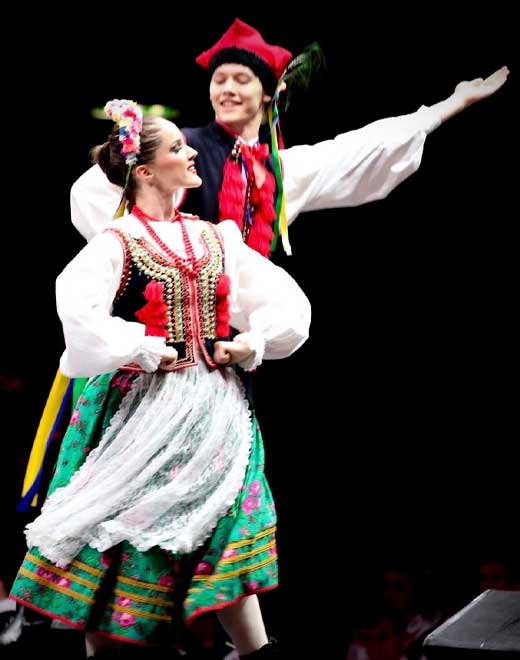 Despite having authentically folk origins, the Krakowiak had become a sensational ballroom dance across Europe; most notably in Vienna and Paris where it is referred to as the “Krakauer” and “Cracovienne” respectively. The dance is also an identifiable symbol of Polish culture, where the folk outfit has become the national costume of Poland. 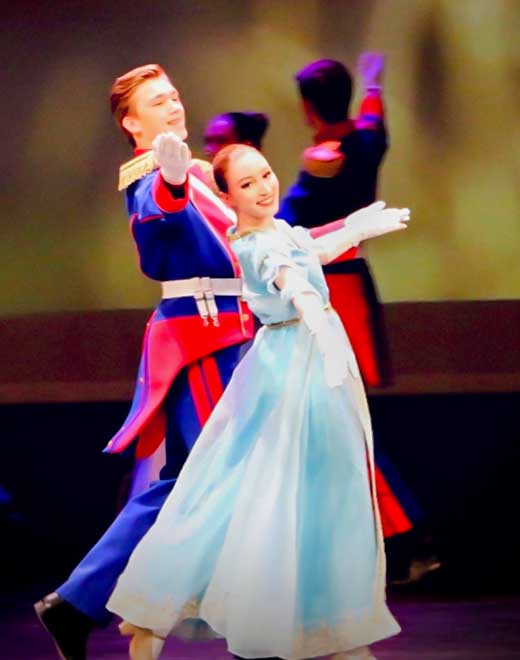 Considered the oldest Polish national dance, the polonaise is a walking dance where pairs are led along curved and straight lines by a dance leader in an elegant manner. Historically, the Polonaise had originated from peasantry, and was formally called ‘The Walking Dance’. After gaining popularity amongst European nobility, the name was altered the Polonaise (the french word for ‘polish’).

A great contributor to the Polonaise’s popularity was the infamous Polish composer Frédéric Chopin's, who wrote numerous notable Polonaise’s during the Romantic Era. During this period, Poland had been partitioned amongst neighboring kingdoms, leading many Polish artists and nobles of the time to having to abandon Poland. Through their art, many of these artists express their longing for the beautiful, distant, oppressed nation.

Nowadays, the Polonaise is still actively performed at many larger scale Polish gatherings, most notably with the Polish equivalent of High School prom ‘Studniówka’. 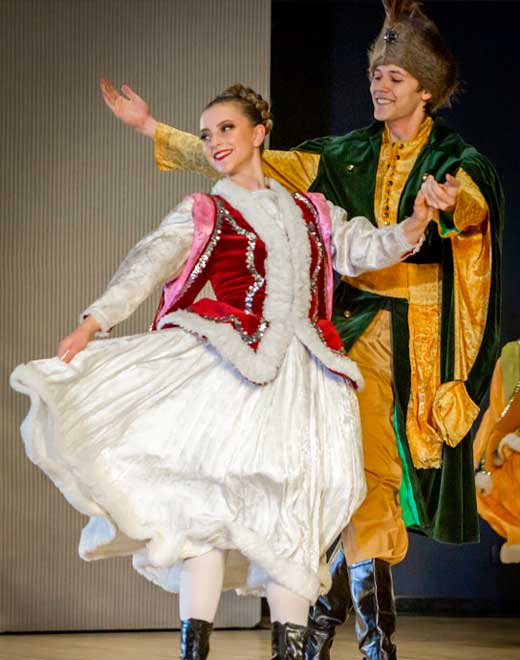 The Mazur is regarded as one of Poland’s top national dances, where it can be characterized by the mazurka rhythmic (triple metre), accents on the second and third beat of the bar, and its lively tempo. A key step of the Mazur can be described as fast walking strides, incorporated flat leaps, as well as heel clicks and improvised dance formations. Although the dance originated from the inhabitants of Mazovia (Masurians), the dance gained popularity across ballrooms of Europe during the 19th century. During this time, Mazur was considered a courting dance where the fate of a male being accepted as a viable partner was oftentimes determined by how well he performed.

Since their regional beginnings, Mazur steps have been altered immensely. Due to the popularity of the Polonaise, the Mazur had been molded to contrast the Polonaise, which is also why they are commonly performed in sequence. In addition, the coinciding growing popularity of Ballet strongly influenced the Mazur, which is also why the dance steps are all primarily French.

The rhythm of Mazur is well known from Polish composer Stanislaw Moniuszko’s Straszny Dwór (the Haunted House) and Halka operas, as well as with Frédéric Chopin’s Mazurkas. 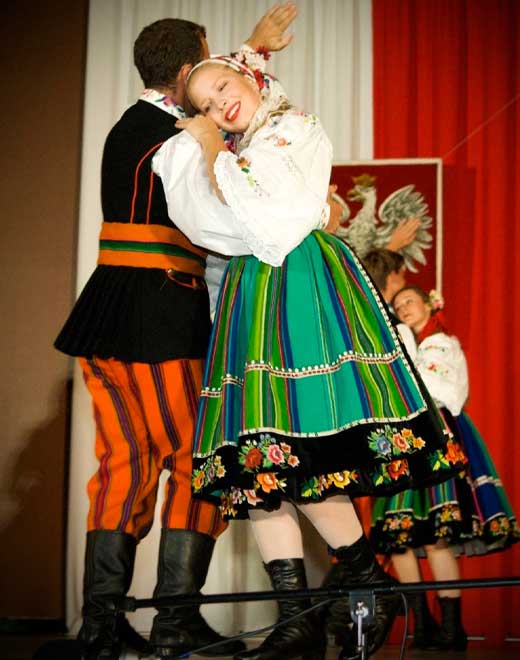 The Kujawiak is a slow, lingering dance that is said to be the most lyrical, romantic, and beautiful of the five national dances of Poland. Originating as a simple, smooth dance from the region of Kujawy, this dance and its music was passed on for generations. During these humble beginnings, the dance involved vigilant dancer and band collaboration, where songs and dances would be improvised and the band had to match whatever movements were so desired.

Over time, the dance became more embellished and modified when the gentry and nobility began to adopt the Kujawiak. The Kujawiak’s immense popularity spread throughout Poland, commonly danced at fancy balls and parties of nobility, until it became ranked as a national dance. Nowadays, it is commonly performed in the Lowicz costume alongside the Oberek, despite originating from the Kujawy region. 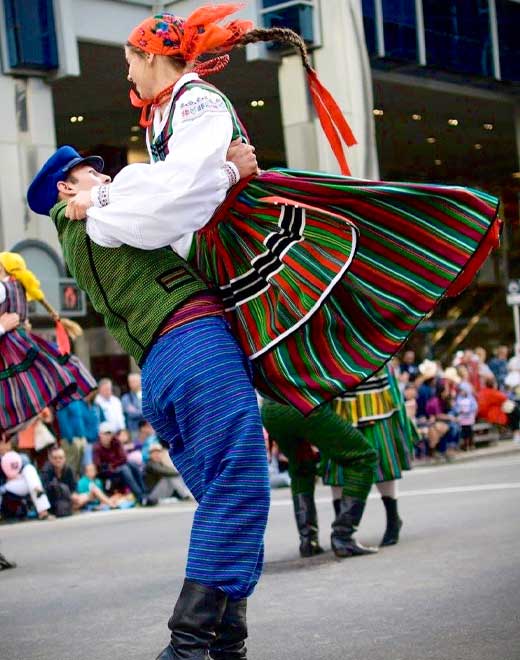 Utilizing fast tempo and vibrant steps, the dynamic national dance of the Oberek is performed in a lively, fiery style, with many stamps, shouts, and yelps. This dance incorporates a plethora of twirls and spins, and appropriately so, the name Oberek derives from the verb “obracac” which means to whirl, spin, or turn. Unlike the rest of the national dances which largely underwent transformations from their original peasant forms, the Oberek remains fairly true to its village roots. Historically, it would commonly be performed alongside a small village band or ‘kapela’, and required that individual dancer’s showcase their talents of spinning to the fast-paced mazurka rhythmic.

Oberek consists of a much quicker pace then the Polish waltz, and is known as the second-most popular dance in Polish-American music following the polka. To highlight the beauty in the contrast, the Oberek is often presented immediately after the slower, calmer Kujawiak national dance. 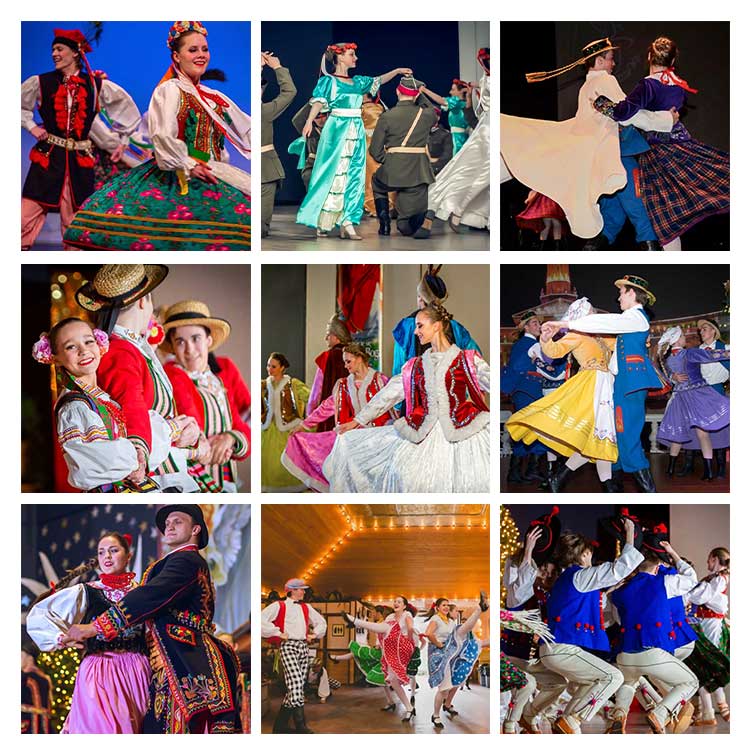 In the repertoire we comprise Poland’s five national dances along with the many folk dances originating from the multiple diverse regions throughout Poland.